There’s plenty of organizations out there – some for profit, some not – that have devised their own approaches to grading diamonds. It’s an essential step in a diamond’s life, to be thoroughly checked over by expert eyes, and for any notable features to be conclusively documented in a way that is understood – both in terms of quality and value – by vendors and buyers alike.

Still, in spite of the fact that this is an essential step, some organizations’ methods are far more reliable – and, for that reason, far more useful – than others.

This is why, at WillYou.Net, all of our diamonds feature reports by the GIA – the Gemological  Institute of America – which represents the standard for much of the diamond world.

Nevertheless, you might have come across HRD diamonds during your research – and it’s important to understand the differences between this method, and the rest.

The History of HRD Diamond Certification

HRD, or Hoge Raad voor Diamant – roughly translated to the Diamond High Council – was first established in 1973 in Antwerp, Belgium. Its importance for the global diamond community is up for debate, with many organizations and vendors regarding its approach to diamond grading as inferior to the ‘less controversial’ methods offered by the GIA and AGS.

Despite the HRD’s reports’ similarities with those offered by the more accepted organizations, their approach is generally considered to be looser and far less reliable than others. Research made by independent bodies like Rapaport suggest a major inconsistency between HRD and other grading organizations, which means that shoppers risk overpaying on diamonds that, according to other gemological experts, would be considered inferior.

At a glance, the HRD’s diamond grading report does not look all that different to the GIA’s, as it is divided into those same Four Cs we are all familiar with: Cut, Color, Clarity and Carat.

Again, much like the GIA, HRD grades color on a scale ranging from D to Z, with D representing the clearest diamonds and Z representing diamonds with a clearly discernible yellow tint.

A diamond’s inclusions are assessed under strong magnification – using a tool known as a loupe – and graded according to the following clarity scale:

Carat represents the one C that remains the same across any diamond report. It is equal to 0.2 grams, or 200 milligrams, and will always be featured within any legitimate diamond report to two decimal places.

As always, carat does not strictly correlate to size, as the diamond’s cut and proportions will determine its measurements.

Along with grades for cut, color and clarity – and, of course, a precise carat weight – the HRD also issue a number of other observations within their reports. This includes a grade for fluorescence, table and depth percentages, measurements, and grades for the girdle and culet. It also offers a laser inscription service, which confirms the diamond has been officially graded by HRD.

Is HRD a Good Diamond Certificate?

While it depends on who you ask, the HRD is generally regarded as one of the least reliable diamond certificates.

Within the US, HRD is rarely regarded as a reliable – or even legitimate – body for diamond grading, particularly when it comes to diamond color. Some independent bodies have performed their own investigations over the years, and found that the HRD consistently allocates a higher color grade to diamonds than the GIA.

GIA vs. HRD – Is Gia Better Than HRD?

Yes, according to a pretty significant portion of the global diamond community.

HRD has so far been unable to prove itself a valuable grading body, and a diamond graded by the HRD is not considered to be as valuable as a diamond that has been appraised by one of the more trusted institutions.

HRD diamonds are significantly more affordable than other diamond certifications, which can offer some appeal to those who are looking to get a diamond graded for less. There is, however, a big ‘but’ that overrules this slight advantage…

The HRD uses very similar language to the more established grading bodies – and, as you can see, its report is displayed in a very similar way. The trouble with this is the fact that it suggests a level of reliability and expertise that, historically, has been found to be lacking.

The inconsistencies made by HRD are significant – and some of the worst in the diamond industry, according to the insights offered in Rapaport’s article entitled ‘Grading the Graders’.

Why does this matter to you, if you’re only planning on buying one diamond for an engagement ring, rather than making an investment on which you hope to make money? Because the lower cost of a diamond graded by HRD is off-set by the fact that, had it been graded by a more reliable organization, it would have likely been given a lower price anyway.

There is nothing wrong with investing in a diamond with lower grades – and therefore a lower quality – provided that it is eye clean. There is, however, a major issue when you’re investing into a diamond that should have been given lower grades than what is reflected within its report. Doing so will only mean that you are overpaying, and that you could have found a better diamond at that same price point.

If you’re looking to focus your search on quality diamonds that have been graded consistently and reliably, you can browse our full range of GIA certified diamonds here. 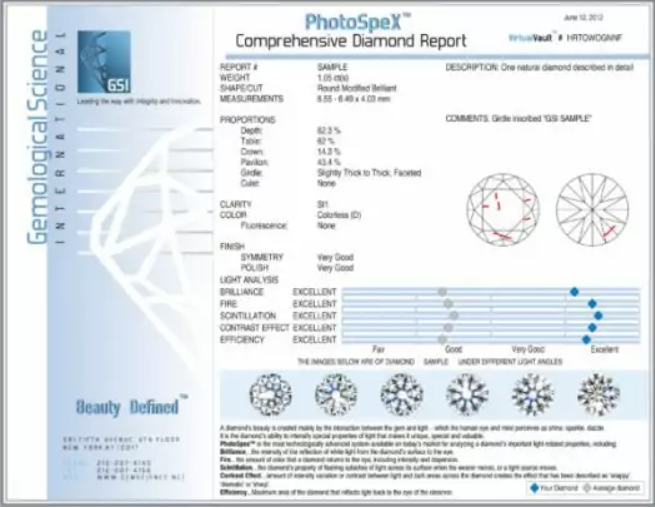 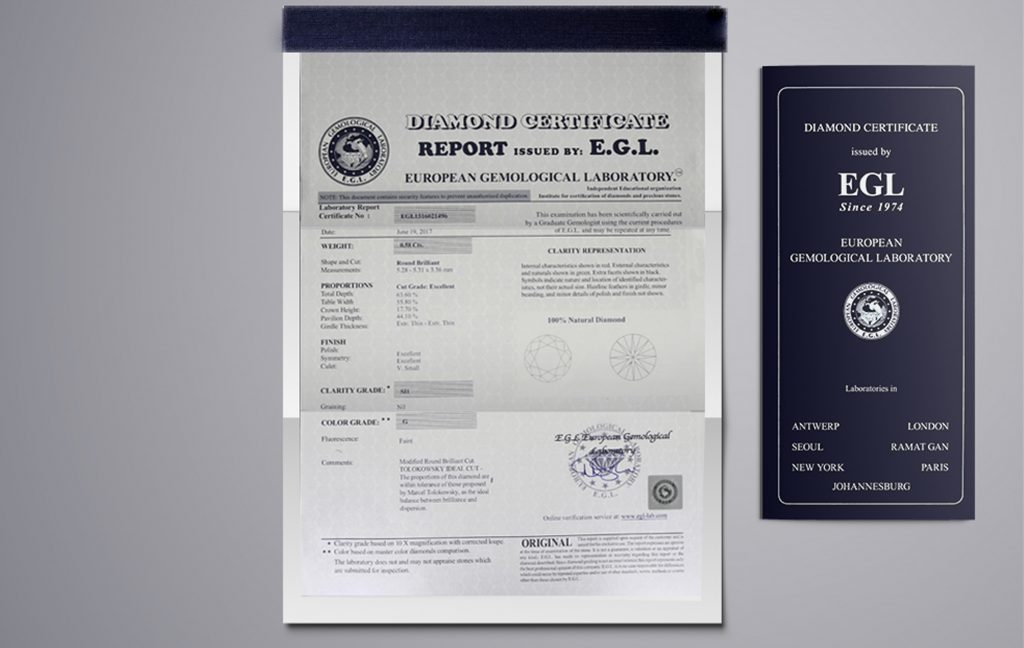 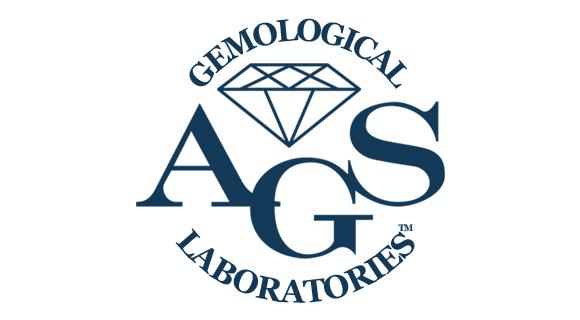