We all think about what people are going to say and think when they see the ring. Doing research at the computer, consulting with your jeweler, waiting for the call that it’s all ready and waiting for you – our minds are constantly wandering off not just to the moment we pop the question, but also to the time when the ring is on her finger and being admired by friends, relatives, co-workers, and random strangers who happen to catch it sparkling from across the room.

It’s not a character flaw to want to impress people – your partner included – and it’s something a lot of shoppers feel. There’s a certain amount of pressure to surpass all expectations, particularly when it comes to the size of your diamond.

It’s often the pressures of that ‘go big or go home’ mentality that introduces shoppers to moissanite – a common, low-value diamond simulant that bears some resemblance to diamond and enables shoppers to place a much larger center stone in their ring, for a much lower cost.

But how do they really stack-up against one another?

Most shoppers come across this mineral during their research, so here is everything you need to know about the mineral, from its appearance and physical properties to its value.

It is crystalized silicon carbide (SiC) that bears some resemblance to diamond. While it is a naturally-occurring mineral, the moissanite used in jewelry is man-made.

The first thing you will notice about moissanite is its resemblance to diamond. When cut, it looks like a pretty convincing alternative – clear and highly refractive, it seems to share more similarities than differences.

On closer inspection, however, the differences are pretty significant. For starters, moissanite has a lot more refractive and a higher refractive index than diamond, meaning that it emits far more fire than brilliance (more on that below).

Moissanite is often comparable to a K or L color on the color scale, although the GIA does not grade moissanite. It’s relatively hard to spot in smaller moissanite stones, but larger moissanite stones tend to appear a little yellow (or even green), and, while it’s possible to create whiter moissanite, larger stones with great color are harder to come by.

Where did moissanite originate from?

Natural deposits are found in nature, but the moissanite you encounter today will be lab-grown.

The first natural moissanite deposits were discovered relatively recently, in the late nineteenth century. They were found in a meteor crater in Canyon Diablo, near Two Guns in Arizona, having been brought to earth from stars located beyond our solar system (a fact which was proved later, during analysis of a meteorite that landed in Australia in 1969). At first, they were presumed to be diamond.

While silicon carbide had already been manufactured in labs by that point, it took several years before these natural deposits were identified as being silicon carbide, and not diamond. It was eventually named after its discoverer, Henri Moissan.

For decades, geologists believed that the earth’s few natural moissanite deposits were exclusively extraterrestrial (from space), and not naturally-occurring on earth. In the mid-twentieth century, however, moissanite was found in upper mantle, within kimberlite deposits.

Is there natural moissanite?

Yes, but it is very rare, and is not used commercially.

Whether from space or earth, however, natural moissanite is incredibly rare. The moissanite you encounter will have been grown in a lab.

Why is moissanite so cheap?

Moissanite is cheap because it’s easily produced. Unlike diamond, it’s not a finite natural resource that requires considerable effort to recover from kimberlite pipes and alluvial deposits – it can simply be made and replaced according to demand.

The fact that moissanite is as cheap as it is poses a major issue for shoppers. Diamond scams that utilize moissanite as a convincing diamond simulant are pretty common, since scammers can purchase moissanites for very little money, and sell them to unsuspecting buyers for thousands of dollars more than their initial investment.

Provided you shop from a reputable jeweler, however, you don’t need to worry about inadvertently overpaying for an inferior substance.

Compared with diamond, moissanite looks convincing enough in a single photograph, but there’s a world of difference between how you view and experience one of these stones through a screen, and how you experience it in real life. For most people, the difference is a dealbreaker in and of itself.

Does that matter? For most shoppers, yes. A diamond’s light performance is one of its most distinctive and coveted traits. Shoppers learn to scrutinize the specifics of a diamond’s cut in order to maximize the light performance of their ring, so switching to a simulant with that is incapable of creating the same sparkle is an off-putting idea for many.

While a Round Brilliant diamond will create a mesmeric display of white and colorful sparks of light, Moissanite will produce significantly less white light. The effect has less dimension to it, and the distinctively crisp brightness of diamond is missing.

The effect is convincing enough in brief glimpses, which is why moissanite has seen some popularity in fashion jewelry, but it’s far from ideal if the stone is intended to be worn regularly.

Is Moissanite More Yellow Than Diamond?

In many cases, yes. Most moissanite stones are judged to fall around a K grade, while it’s a lot easier to find diamonds that are Colorless (D, E, and F) or Near Colorless (grades G, H, I, and J).

While color isn’t the most important of the Four Cs when it comes to diamond quality, we always urge readers to go no lower than the Near Colorless range. A visible yellow tint can easily ruin an otherwise beautiful diamond and make your engagement ring look cheap – or even old and dirty.

As we mentioned above, it’s possible to find whiter moissanite, it’s not so easy. Larger moissanite stones, while cheap, are likely to show some color.

What’s more, due to the stones’ lack of brilliance, a slight amount of color isn’t ‘brightened’ by light performance. While these stones create plenty of beautiful fire, it’s not the right kind of sparkle to brighten the stone and make it appear a higher quality than it really is.

Do Moissanites Have Flaws?

Yes, but they are generally very minor, and moissanites are almost always eye clean.

Of course, the larger the moissanite you’re looking at, the higher the chance you’ll be able to detect those inclusions with your naked eye. In general, though, it’s not hard to track down a moissanite that is at least comparable to VS clarity, so this is one area where diamond is at a slight disadvantage.

It’s not all about looks. As the hardest natural substance on earth, diamond has moissanite beat in terms of strength and durability – but close to diamond is this gemstone?

Yes, but not as hard as diamond.

Moissanite scores a 9.25 on the Mohs hardness scale, which puts it just 0.75 points behind diamond. It can withstand high pressure and heat, thanks to the strong bonds that comprise its structure.

How Long Will Moissanite Last?

Properly cared for, moissanite could last years – even with regular wear. They are very resistant to scratching and chipping, although not totally immune.

Unlike cubic zirconia – another common diamond simulant – moissanite doesn’t suffer from a short shelf life, and it won’t turn cloudy or dull with daily wear.

This is considered to be a pretty compelling selling point for moissanite, and it no doubt comes as a great relief to shoppers who have purchased moissanite jewelry already. For us, the other downsides to moissanite outweigh this particular benefit – particularly for engagement rings – but it’s a reassurance, nonetheless.

Moissanite vs Diamond Side by Side

As we mentioned, the similarities between diamond and moissanite tend to be a lot more noticeable through a screen than in real life. Moissanite is not as readily available through fine jewelry stores as diamond is, so it’s not always possible to see a side-by-side comparison in person.

Some jewelry stores that sell fashion jewelry, like Zales and Kay Jewelers, if you want to see how moissanite performs under normal lighting conditions. Its light performance, widely regarded as inferior to diamond, means that it’s still not all that easy to come by elsewhere.

By now, we’re sure it’s obvious which side of the argument we fall on – but, if you’re still on the fence, here are a few extra considerations that might nudge you one way or the other.

Moissanite is a pretty and interesting mineral with a great history, but it’s also long-since detached from its unique, extra-terrestrial roots.

While there is something undeniably romantic about wearing a piece of a fallen star – a sparkling remnant of a meteorite crash – on our finger, the moissanite available to purchase today is no longer part of that narrative. It’s produced on mass, in lab-conditions, and lacking the uniqueness and romance that makes diamond the obvious choice for a gift this important and this significant.

Since moissanite’s appearance is valued because of its resemblance to diamond, its main selling point is not a result of any unique qualities, but a result of its low price. There’s no special meaning behind it. A lot of shoppers start off feeling impressed by the size of moissanite they can afford (compared with the size of diamond their budget accommodates) but, when the time comes, wind up realizing that a carat weight worthy of a celebrity is not worth the sacrifices.

There’s an added downside to moissanite’s lack of uptake within the world of fine jewelry: it’s a lot harder to come by and, as a result, the options are more limited.

Until 2015, one company held a patent which gave them exclusive rights to produce and market synthetically-produced moissanite in jewelry. For this reason, the offerings remain relatively slim, and shoppers still struggle to find much choice for moissanite jewelry. There are some options online but, unfortunately, shoppers fall into the same trap we warn against when it comes to purchasing diamond: you can’t gauge how the finished product will look in real life.

If you’ve chosen to invest in a diamond engagement ring, then finding a reputable local jeweler is incredibly easy. Diamond is still regarded ultimate medium for any master jeweler, which means that you won’t just find a jeweler who sells diamond rings – you’ll find a jeweler who is truly passionate about it, too.

It’s understandable why moissanite appeals to so many shoppers. Anyone with a more limited budget will know that carat weight is always a primary concern – or, more specifically, figuring out how to maximize carat weight and create the most impressive ring possible. If there’s an opportunity to spend the same amount on a relatively convincing diamond simulant two or three times the size, then it’s very tempting to take it.

The thing is, once you see these two different gemstones in real life, the differences are clear and, suddenly, the extra carat weight turns into a magnifying glass on all the shortfalls between moissanite and diamond.

For something as important as an engagement ring, diamond will always be the superior choice – both in terms of its backstory, and its beauty.

Categories
Synthetic Diamonds5
Diamonds Near me 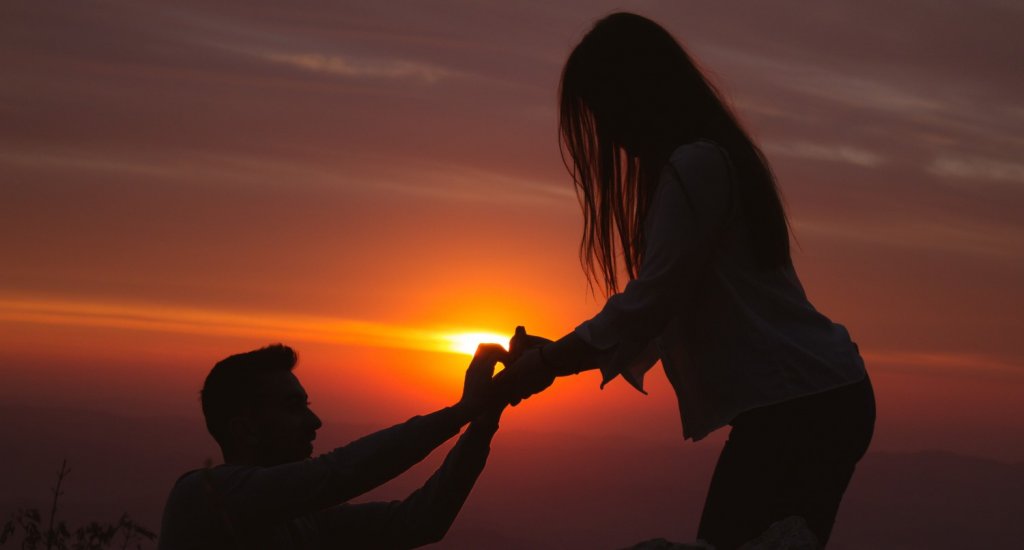 Moissanite vs Diamond vs Cubic Zirconia 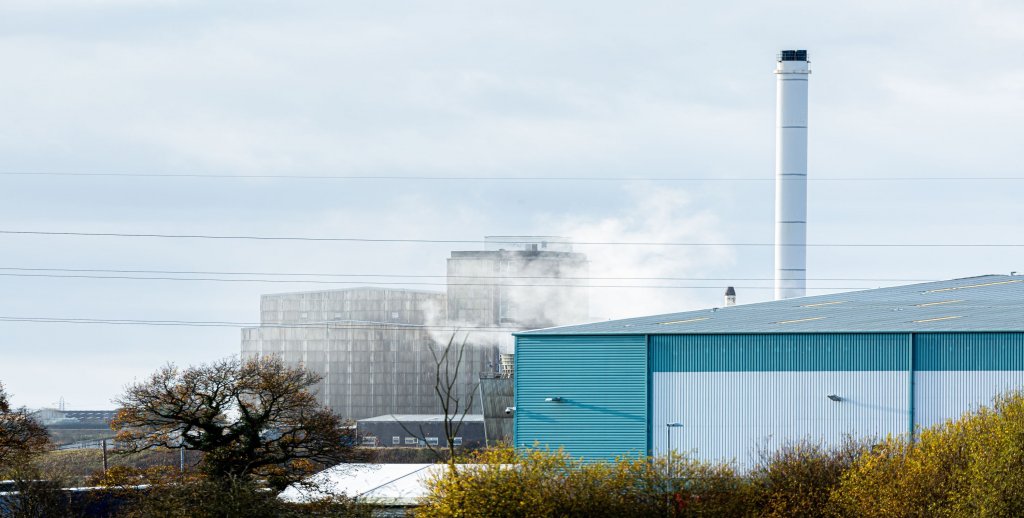 What is a CVD Diamond?