It’s hard to imagine history being different, and any other gemstone in existence earning more adoration and respect from humans than diamond. You can take all of the clever marketing campaigns – even the world-altering tagline, ‘Diamonds are forever’, or Monroe’s Diamonds are a Girl’s Best Friend – out of the equation and, even then, the inexhaustible significance of this stone is clear.

Human beings have been drawn to diamonds since they were first spotted in riverbeds thousands of years ago. They were transported along the Silk Road, traded for high sums and other precious resources, and regarded around the world as the most valuable gemstone.

Their story stretches across human history but, even so, that represents only a fraction of the time they have spent on this earth. Some of the most fascinating aspects of diamond took place billions of years before their initial discovery.

Where Are Diamonds Formed?

A combination of extreme pressure, extreme heat, and a very, very long stretch of time…

None of us can imagine what it’s really like in the earth’s upper mantle, which begins around one hundred miles beneath your feet. There, the combination of residual heat, heat from the earth’s core, and the heat of decaying, radioactive elements combine to maintain temperatures between 2000°F and almost 7000°F.

Not only that, but, so far beneath the earth’s surface, the pressure is immense. The weight of the world (or, at least, 100 miles’ worth of earth and rock and water) puts the mantle under continuous pressure, and creates the ultimate conditions for creating the world’s most beautiful gem.

At first, it sounds almost impossible for something so perfect and so admired to have been formed under some of the most ferocious circumstances imaginable, but this is exactly where every natural, earth-created diamond we have ever known (or will ever know) came from – and it’s yet another reason why we all find them so fascinating.

How Long Does it Take for Diamond to Form?

The process is slow – unimaginably slow – and spanned between one and four billion years.

This is another big part of the romance of diamonds. While the ring you propose with will have been crafted in the last few weeks or months, the diamond has been in existence and growing throughout the history of the planet. This means that your engagement ring has been in the making for billions of years.

It’s also another reason why lab grown diamonds haven’t captured the hearts and imaginations of shoppers in the same way that natural diamonds have always managed to do. The dizzying romance of an engagement ring isn’t just a result of its beauty – although that is an important part of its impact, of course. It’s also about the romance of sharing something that began its life before virtually anything else around us existed.

Every diamond brought to the earth’s surface is ancient, and it has undergone a remarkably long and improbable journey in order to get there…

What Carries Diamonds to the Surface?

Again, this process was slow – and incredibly unlikely. Many of these diamonds are now found in ‘alluvial’ deposits, which means that they can be sifted from loose silt on riverbeds, in streams and, sometimes, from the ocean floor. Namibian diamonds, for instance, are found in rich deposits off the shoreline of the Namib desert, and mining efforts are underway to recover those loose diamonds without disrupting the ocean’s ecosystem.

For the most part, however, rough diamonds are found in kimberlite pipes – large, funnel-shaped deposits of igneous rock found pretty close to the earth’s surface, created by the power of those underground volcanic eruptions. The kimberlite deposits can be mined over the course of many years, and the rough diamond extracted from the rock.

The moment each diamond is mined from kimberlite represents the first moment it is exposed to sunlight, and the first time it will ever be held in human hands.

What About Colored Diamonds?

Most diamonds contain traces of other elements. One of the most common is nitrogen, which creates color ranging from a faint (almost imperceptible) yellow, to a richer brown, and can be found many clear diamonds – particularly those of an L color grade or lower.

Fancy color diamonds, however, can be any color. The presence of boron, for instance, can create diamonds with colors ranging from faint, sky blue to rich and intense indigo and cerulean. Since so much depends on the combinations and concentrations of trace elements, fancy color diamonds are prized highly for their unique shades, and their rarity.

This is why there are many different terms (or grades) used to describe fancy color diamonds. The GIA, for instance, grades their diamonds according to the following scale: Faint, Very Light, Light, Fancy Light, Fancy, Fancy Intense, Fancy Vivid, Fancy Dark and Fancy Deep.

What is Rough Diamond?

A diamond that has not yet been cut. Rough diamonds are, as the name suggests, irregular in appearance – and quite different from what you’re used to seeing in jewelry store windows, and on the fingers of celebrities.

If you went looking for diamonds in an area rich in alluvial deposits, there’s every chance you’d wind up disregarding the first few rough stones you found, simply because rough diamond has a pretty unassuming appearance (at least, in comparison with the perfectly faceted and sparkling stones available to purchase).

Rough diamond often resembles sea glass – although, on close inspection, its unique structure makes it easily recognizable to gemologists – with a relatively dull surface appearance. They can be smooth, cubic or, ideally, resemble two pyramids placed base-to-base. However much or little potential they have, they look pretty commonplace amongst other stones, sand, and silt.

Fortunately, these diamonds were enough to captivate those who were totally unaware of how they could look – and to change the course of history. The first cuts were relatively primitive compared with the sparkling shapes we enjoy today, and it wasn’t until the 1920s when the Round Brilliant was honed into the magnificent cut held in such high regard by shoppers and jewelers alike.

Where are Diamonds Found?

There are more than thirty countries that have been found to feature natural diamond deposits, although the majority of gem quality diamonds are mined from Botswana, South Africa, Russia and Canada.

These countries are all home to bountiful kimberlite pipes, and are responsible for the overwhelming majority of the world’s gem quality diamonds.

As we mentioned above, some countries also boast rich alluvial deposits. Along with Namibia’s off-shore diamonds, Angola and Sierra Leone both offer high potential for these alluvial diamonds, which are thought to have been carried away from kimberlite sources by major rivers, such as the Orange River, which connects South Africa with Namibia.

So, What Makes a Diamond So Special?

A diamond is a lot more than the sum of its parts. Looking beyond its beauty and sparkle – even beyond the romantic power these stones hold – there is still so much to feel in awe of.

Diamonds are the product of nature’s toughest forces. Heat, pressure, and unconceivable, dizzying stretches of time combine to create one of the most mesmerizing and impressive substances in nature, and knowing a little more about the life your diamond had before it found its way onto your finger only contributes to the honour of wearing it. 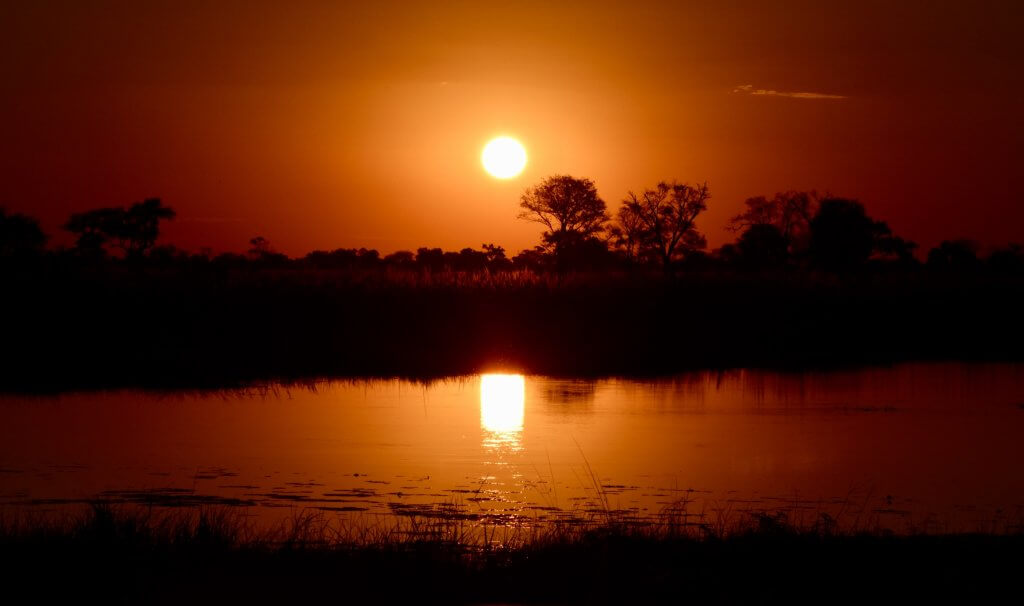 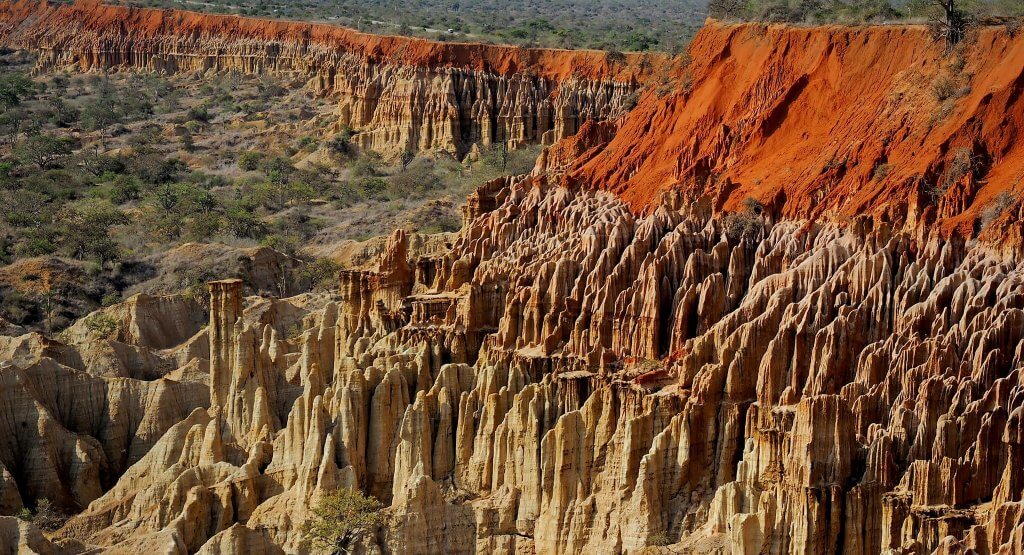 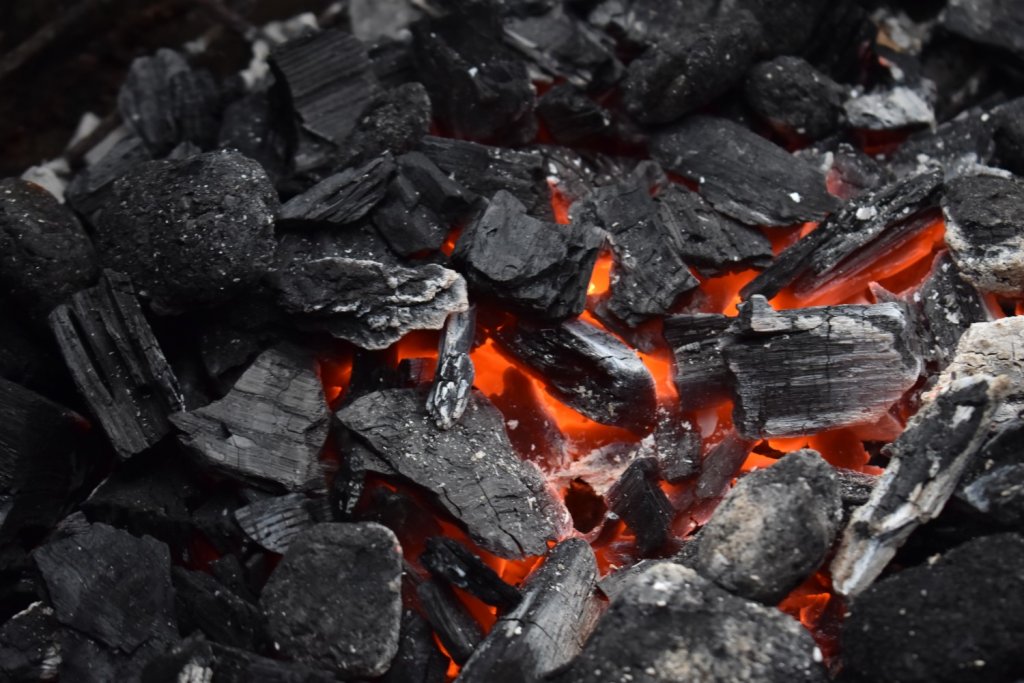