Some of the most spectacular engagement rings ever are those that combine the bright, clear sparkle of diamond with the dazzlingly clear shine of platinum, a precious metal that carries a level of prestige that rivals gold, and an intense luster that you won’t get anywhere else.

True, the contrast created between a clear diamond and a warm, yellow gold setting is a true classic, but what better way to bring out the fire of your diamond than by combining it with the white gleam of platinum? Just take a look at this stunning Cushion Cut Cathedral Engagement Ring in Platinum, where every flash of fire is brought into sharp relief against the metal.

If you’re going off looks alone, platinum is a clear winner for anyone picking out an engagement ring for someone who prefers silvery hues over the warmth of yellow and rose gold. The catch? Platinum represents a significantly more expensive choice than other popular options for bridal jewelry, so you better get your facts straight before you make up your mind.

First Off, What is so Special About Platinum?

Featuring a bright, star-like quality, an innate durability and natural resistance to tarnishing, a high social status and a particularly high value for those with sensitivities to alloy metals, platinum has a lot going in its favor.

Platinum is a metal capable of being used to a high degree of purity – typically between 95% and 99% – which stands in stark contrast to gold (and, in particular, the visually-similar white gold) which must be alloyed for use in jewelry.

This means that, if you’re looking at two wedding bands – one made from white gold and the other from platinum – both measuring 4mm in width, the platinum band will contain more platinum than the gold ring contains of gold.

One of the greatest features platinum has going in its favor is its dazzling shine, but, if you’ve started looking at designs already, you’re probably wondering if it’s all that unique compared with white gold.

Do Diamonds Look Better in Platinum?

Like most questions about engagement ring designs, this one comes down to personal preference. Cool-toned metals like platinum and white gold look dazzling against diamond, but the reflection of a warm-toned gold band through the center of a diamond – and the contrast in colors – is something many shoppers can’t turn down.

Even the simple solitaire can look totally different if you switch a yellow gold band out for a platinum one. In all likelihood, however, you’re already pretty sure which style you’re leaning towards. Your partner’s existing jewelry collection will offer some pretty strict guidance toward one or the other – after all, while she might not have much platinum, she might have a large collection of sterling silver and white gold – and your vision for the finished product will also dictate which you prefer.

Suffice to say that diamonds look stunning in platinum. Their ability to appear as though they’re emitting their own light source is echoed in this one-of-a-kind metal, and those mesmeric flashes of fire stand out all the more against its bright whiteness.

We all want our diamonds to be kept safe and secure. While an engagement ring setting needs to look beautiful, its main job is to hold those diamonds in place for decades. While platinum is up to the task, it’s not always as straightforward as you might expect…

Platinum sits between 4 and 4.5 on the Mohs Scale of Hardness. It’s not the strongest metal by any means, but it’s stronger than gold – even a 14 karat gold.

Diamond is famously rated a 10 on the Mohs Scale, while steel sits at the same level as platinum, and both gold and silver naturally fall far behind at between 2.5 and 3.

It’s not easy to imagine the difference between these metals, but the important thing to note is that platinum is certainly strong enough to be used in engagement rings – although it’s not totally infallible to damage.

Can Platinum Be Worn Every Day?

Yes, platinum is strong enough to be worn every day. It’s capable of keeping a diamond securely in place, and of staying shiny and free from signs of wear and tear for many years.

As with any diamond engagement ring, you’ll want to get the prongs holding the diamond in place (if you’re using prongs) checked once every year or so by your local jeweler. Chances are, the platinum will be doing its job and staying put, but we’re not fans of leaving that $10,000 diamond to chance.

Platinum does scratch pretty easily, meaning that its bright shine can appear to be dulled by many very small marks on the surface. The interesting thing about platinum, however, is the fact that it, as a result of its high density, the platinum is not lost from the surface of the ring – just moved.

Why does this matter? Because, with a proper polishing from the jeweler, those small scratches can be buffed out of the platinum.

Regular polishing does wear platinum down, however, so it’s not the ultimate solution. Thin bands can wear away, so talk to your jeweler about the durability of your particular design.

Yes, with some caveats. While more durable, platinum is more prone to scratching, and will need more regular upkeep to keep it looking bright and smooth.

An important consideration to note about white gold, however, is the fact that it manages to appear brighter and shiner even after being worn and scratched by day to day wear than platinum.

In other words, a white gold band that has taken on a number of small surface scratches is going to appear much brighter and more polished than a platinum ring in a similar condition.

Platinum needs to be polished more often than white gold needs to be re-dipped in rhodium, however, so the benefits of platinum over white gold are not as straightforward as you might expect them to be.

Platinum is infamously more expensive than gold, and holds a level of prestige that, at times, even surpasses gold. Here’s what you need to know…

Why is Platinum Expensive?

Platinum is cheaper per gram than gold, but platinum rings are considerably more expensive than white gold rings for one simple reason: a higher level of purity means more metal is involved.

Remember how we mentioned that two rings of the same size would feature drastically different levels of platinum and gold respectively? That inevitably translates into the value of those rings, since less gold used means a much more affordable band.

A platinum ring featuring 98% platinum will can be twice as expensive as a ring made from the same design, but featuring white gold, for this exact reason.

So, while it might seem a little incongruous that platinum rings are more expensive than rings made from a more valuable metal, it all makes sense in the end.

Why Does Platinum Have No Resale Value?

Platinum does hold resale value but, while plenty of jewelers and businesses are keen to buy back gold, fewer will invest into platinum.

One thing to remember about platinum is the fact that it is very rare. Like diamond and gold, this fact alone means that it will always retain value.

Our Summary: Is it Worth Buying a Platinum Ring?

If you feel like you’ve been seduced by the seemingly luminescent sheen of platinum – and its prestige – then it’s certainly worth the additional investment, although there’s one major catch.

Why? Because white gold is a perfectly good, beautiful, and strong substitute, and doesn’t come at the expense of, say, your diamond’s size, clarity, color or, worse still, cut grade.

The bottom line? Platinum is a great choice. It’s beautiful and meaningful, and rare enough to feel truly special for any piece of bridal jewelry – but it’s not the only option, and white gold poses a worth rival to it any day.

Categories
Gold5
Diamonds Near me 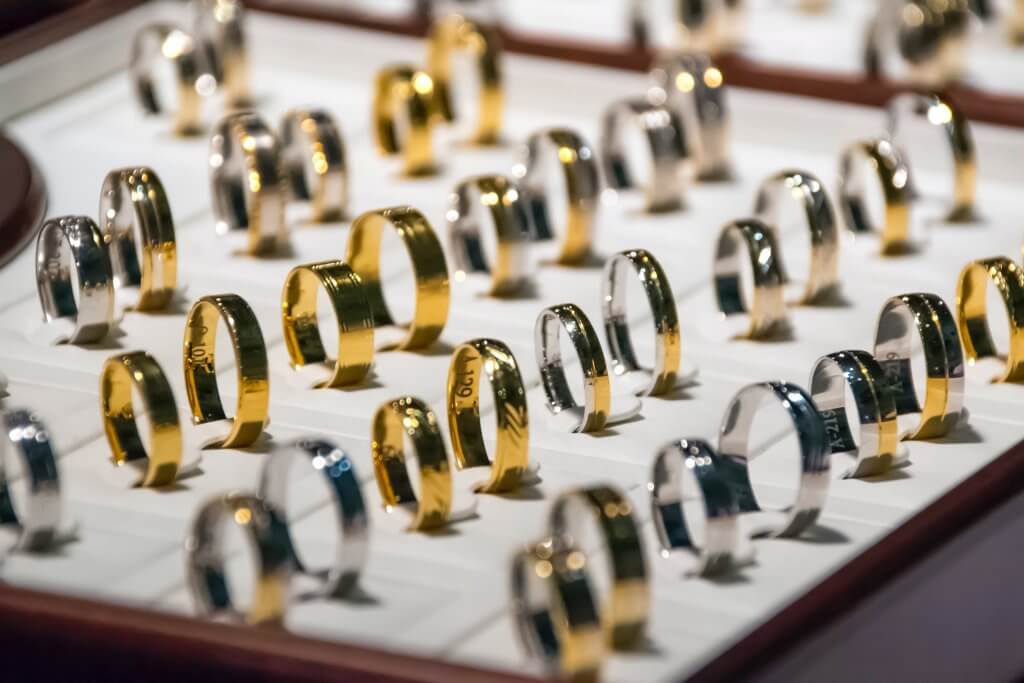 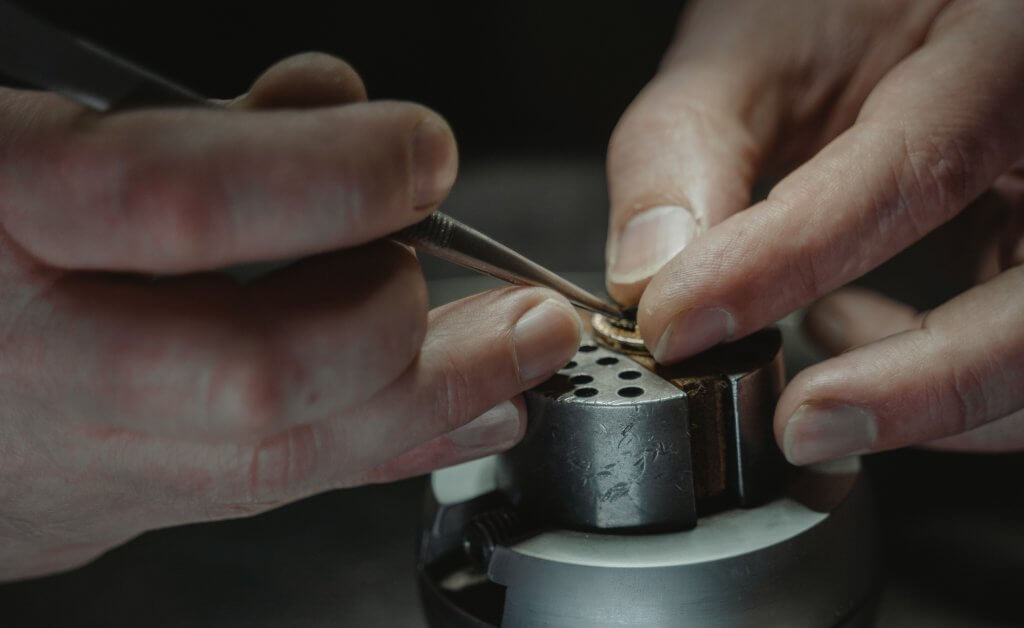