Most of the time, someone will know almost immediately whether they’re more interested in the brilliant and modified brilliant cuts, or the step cuts. The dazzling, bright, scintillating light performances of, say, the Round Brilliant, the Oval, or the Princess are a world apart from the glossy, geometric, ordered glimmer of the Emerald and Asscher cuts, and that often makes the choice relatively straightforward.

Other times, however, it just makes the choice more difficult. While popular opinion falls in favor of the brilliant cuts, there is no denying the appeal of the step cuts – and, if you appreciate every aspect of a diamond’s beauty, you’ve got your work cut out for you trying to figure out where your heart lies.

You could look at the silhouettes. The Art Deco shape of the Emerald, or the classic and gentle curve of the Oval? Simple enough. The bold, beveled corners of the Asscher, or the soft and plump shape of the Cushion?

Facets are what make a diamond sparkle, and it should come as no surprise that, as a brilliant cut, the Princess is by far the most sparkly when compared with the Asscher cut. Made from a combination of brilliant facets and chevrons, there is no one, universal way to cut a Princess diamond, and that’s certainly part of its appeal. The effect is characteristic of the modified brilliants – bright, scintillating flashes of white light interspersed with vivid flashes of color – while still being unique and distinctive.

The light performance given by the step cuts is very different. Like the Emerald cut, the Asscher (which, coincidentally, is also known as the square Emerald) exhibits a gorgeous hall-of-mirrors effect created by the long, rectangular facets that give it its easily recognizable structure.

Without a brilliant facet pattern, the sparks of brilliance and fire are very different – and a lot more subdued. These diamonds still emit some incredible sparkle, but it’s not the glittering, dazzling sparkle of the Princess (or any other modified brilliant cut).

There’s nothing wrong with that. The elegant, ordered light performance of the step cuts show off the diamond’s clarity and color far better than the modified brilliants, and it has a sort of timeless glamor to it evocative of Gatsby and the Golden Age of Hollywood.

Nevertheless, it’s not what the majority of shoppers are looking for or expecting, which is why we consider the Princess cut to be the winner of this category.

Best choice for sparkle: the Princess cut, if your expectations for light performance are set by the Round Brilliant’s display of brilliance and fire.

Both diamonds look incredible in a wide range of ring settings. If we had to pick, we’d say that Princess is a little more versatile in terms of design and style, since the Asscher is so evocative of Art Deco styles, and mid-century elegance.

This isn’t a count against the Asscher cut, however. You can create many, many beautiful, feminine, and impressive rings with this shape as your center stone. It can be combined with a halo for a boost of sparkle, wrapped in a bezel setting for a more modern, streamlined look, or worn on its own as a powerfully chic and sophisticated statement.

The Princess, however, is a little more modern in appearance – and it may be the case that this restricts your options, rather than widens them, if the ring’s intended wearer has a more classic style.

One other thing to note is that the Asscher’s facet structure means that it will ‘absorb’ the color of a yellow or rose gold setting more noticeably than the Princess cut. While any diamond will naturally mirror these warmer-toned metals, the way the modified brilliants disperse light means that it’s not quite so significant. Of course, if you like the way yellow or rose gold looks against an Asscher, the benefit is that you don’t have to worry about paying for such a high color grade.

The best for versatility: the Princess, but only marginally, since many shoppers are looking for a more contemporary look right now. The Asscher is incredibly versatile if you are drawn to its echoes of twentieth century tastes, so don’t write it off on our say so.

There is very little difference between the face-up appearances of the Asscher and the Princess cuts. In terms of numbers, the two are identical, with both the 1 carat Asscher and Princess featuring widths of around 5.5mm (7mm for 2 carats).

The long, eye-bending facets of the Asscher can have a positive effect on the diamond, making it look a little wider and longer than it really is. Then again, its beveled corners can make it look a little smaller than a Princess, which is a full square. However, the Princess doesn’t have the advantage of those elongated facets, so you could probably talk yourself into seeing more size in the Asscher, depending on which one you felt yourself leaning towards.

The best for size: it’s a tie, since the ideal cut proportions for both shapes are the same, and trying to work out which one ‘looks’ bigger is a little like trying to figure out an optical illusion.

Per carat, both the Princess and the Asscher are some of the most affordable diamond shapes out there. The Princess is highly economical for cutters, since the natural shape in which many, many diamonds form will easily yield two good-size Princess cuts where only one good-size Round Brilliant could be created. While the ‘wastage’ generated during the cutting process is never actually wasted – and, instead, it used to create smaller melee diamonds – there is always a lot more value to be found in cutting fewer, larger diamonds.

The Asscher is also an economical choice for cutters and, as one of the least popular shapes out there, it’s priced considerably lower than the Round Brilliant, and some of the more popular (and less economical) choices out there.

One thing that can make the Princess slightly cheaper than the Asscher is the fact that, in general, there are more Princess cuts on the market at any given time than there are Asscher cut diamonds. Then again, demand is low, so the difference (if any) will be marginal.

Also, because of the Asscher’s facet structure, you may need to spend a little more on Color and Clarity, in order to ensure an eye clean diamond. Again, this won’t make a significant difference to your overall spend, so don’t be led by the numbers alone.

The best for cost: the Princess, but only by a slim margin.

Nobody wants their diamond to look yellow. It can make even the most beautiful ring appear old and worn, whether it’s existed for 10 minutes or 100 years. Some diamond shapes are naturally stronger at concealing color than others – and, unfortunately, this is one area where the Asscher falls short.

We mentioned above how the color of a metal setting will impact the look of your Asscher diamond more than it will the Princess, so you don’t want to overdo the color grade when selecting your Asscher diamond – unless you’re planning on using a white gold or platinum setting. If you are, then you’ll likely find that you need to go for an Asscher with a color grade at the high-end of the Near Colorless range – for instance, a G or H color diamond.

The Princess cut, on the other hand, doesn’t need to be quite so high on the scale to appear white (colorless). You’ll still want to avoid going any lower than a J – or an I if your diamond is on the larger side – but you don’t have to worry quite so much about it betraying its own color.

The best for color: the Princess, since its facets and light performance are more effective at masking the presence of color. Still, you don’t need to go for the very top color grades if your heart is set on an Asscher.

Practically any diamond you look at — and absolutely any diamond you consider – during your search will feature inclusions. Internally flawless diamonds do sometimes crop-up on the market, but they’re a major waste of money. We talk about this in more detail in our guide to eye cleanliness. The crux of the argument, however, is that you want a diamond with inclusions; you just don’t want a diamond with noticeable inclusions.

Some diamond shapes are better at making inclusions unnoticeable than others, however, and Asscher cut diamonds suffer from the same issue that Emerald cut diamonds face. The way their facets are shaped and arranged – those long, clean panes – offer a much clearer view into the stone.

While the Princess cut’s facets are capable of dispersing light and creating an eye-boggling light performance, which helps to conceal minor inclusions from view – particularly when the stone is in motion on someone’s finger – the Asscher’s facets create windows that will direct the eye straight to any inclusions.

Whether you’re shopping for a Princess cut, an Asscher cut, or any other type of diamond, the rule is always the same: look for eye cleanliness at a low clarity grade, or you’ll overspend. So, while the Asscher’s ‘lower clarity’ doesn’t mean you will wind up with a visibly included diamond, it does mean that you will likely need to invest in a diamond a couple clarity grades higher (and more expensive) than you would if you were buying a Princess cut diamond.

Best choice for clarity: the Princess, since its facet struggle is much more effective at concealing minor inclusions. In either case, finding an eye clean diamond is key.

On the surface, the choice between the Asscher and the Princess looks simple enough. You’re either drawn to the bright and brilliant sparkle of the Princess like a moth to a flame, or you can’t help but fall in love with the polished, clean look of the Asscher every time you look at it, right?

Not at all. There’s a lot to love about both of these cuts – and the fact that they each show off two very different sides to the diamonds they are cut from. The Princess is a perfect example of their scintillating beauty, while the Asscher offers a dreamy window on the perfection just beneath the surface, which is so often obscured by the livelier light performances.

For some people, the choice is made a lot easier by their partner’s own sense of style – minimalistic, classic styles will likely edge toward the Asscher, for instance – but not everyone fits into a defined box. The choice may not be the easiest, but at least you know that, either way, you’ll be taking home a beautiful and unique ring for your partner. 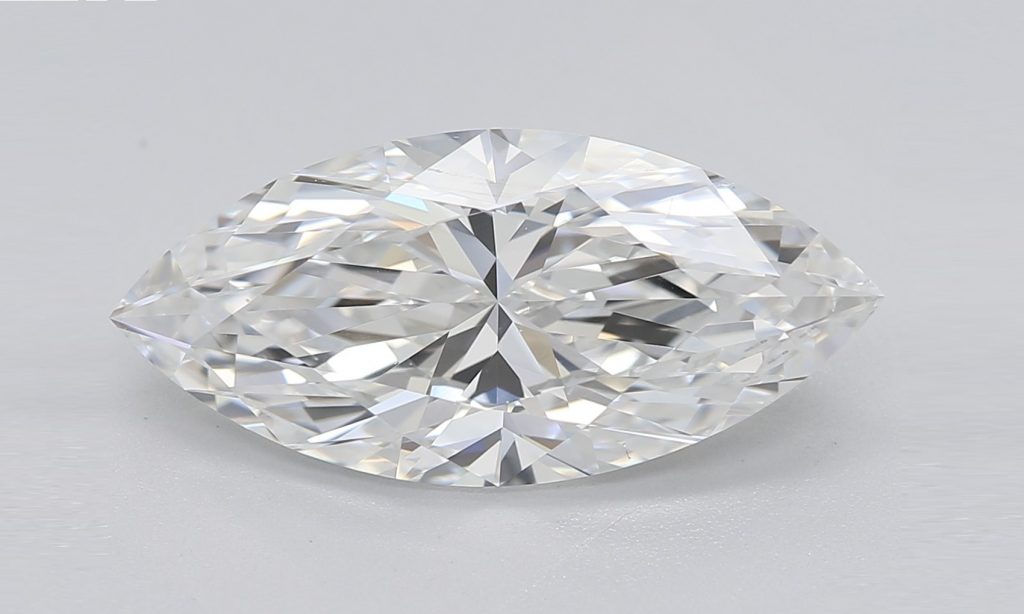 What is a Marquise Shape? 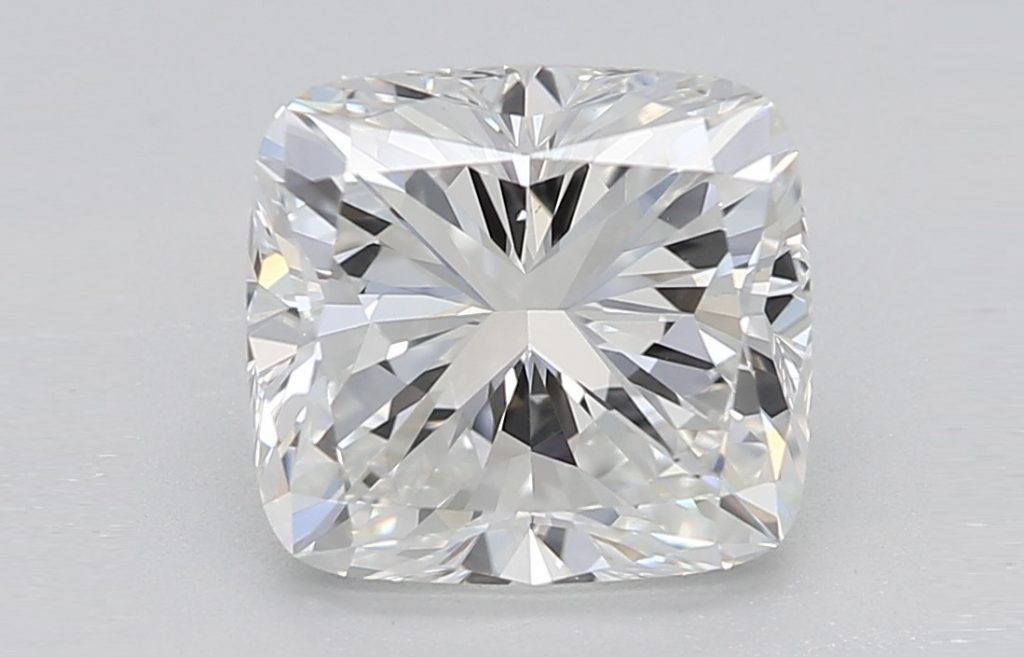 What is the Cushion Cut Diamond? 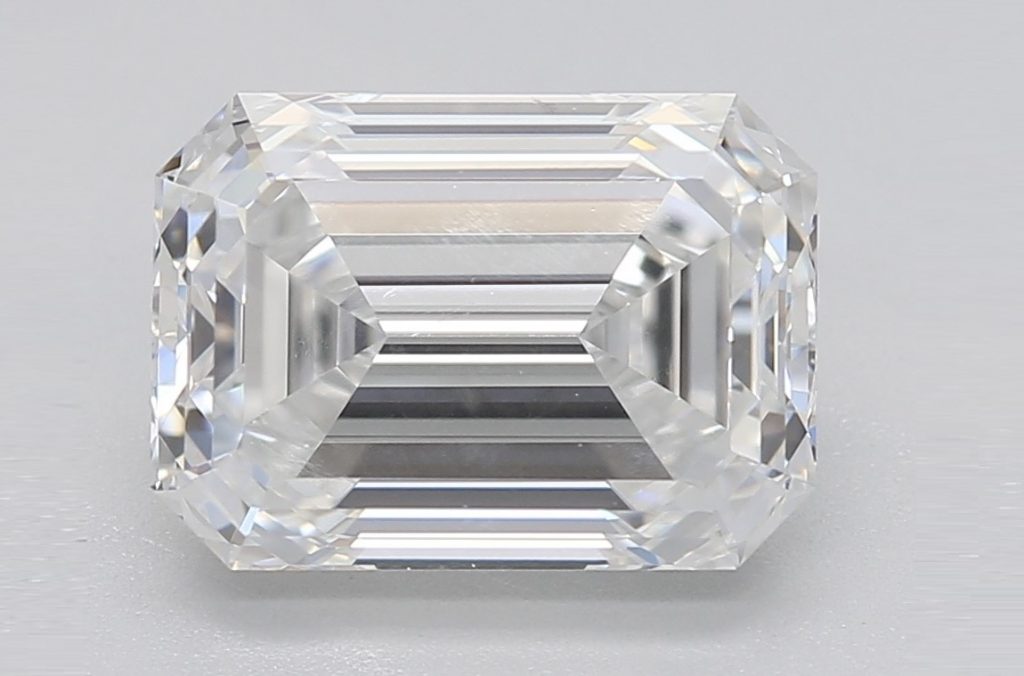 What is an Emerald Cut Diamond?